User=
Polymorphous vesselsmultiple types of vessels are present may indicate malignancy in appropriate context for example in flat melanocytic lesions are used to describe the vasculature of lesions in which two or more types of vessel morphologies are detected[1]. 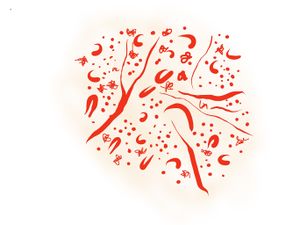