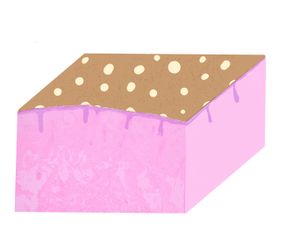 Clinical and dermoscopic imagesA representation of a person, animal or thing, photographed, painted or otherwise made visible. of pseudonetwork: 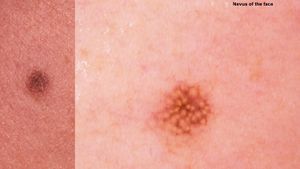 Histologically, adnexal openings are responsible for the "holes" in the pigment reticulation: 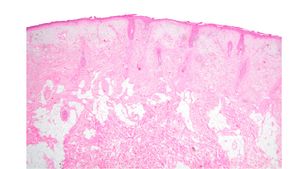 ReferencesThis is material contained in a footnote or bibliography holding further information.