Differences between histologic and dermoscopic criteria

User=
Histopathologic evaluation is performed on vertical sections of tissue, thus allowing the assessment of the full depth of the lesion from scanning magnification to a cellular-level magnification, however it directly assesses less than 2% of the lesion. 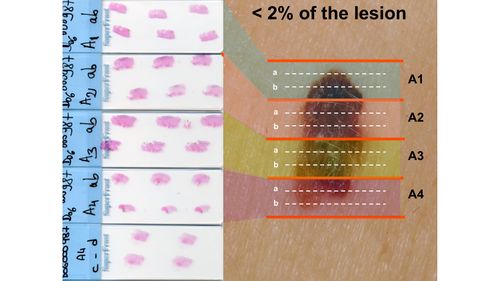 Since histopathologyThis glossary term has not yet been described. is based on paraffin embedded tissue, an additional advantage is the use of special stains and immunohistochemical techniques (e.g. MelanA, S100, HMB45 etc.) that may assist in diagnosisis the identification of the nature and cause of a certain phenomenon. Diagnosis is used in many different disciplines with variations in the use of logic, analytics, and experience to determine "cause and effect". In systems engineering and computer science, it is typically used to determine the causes of symptoms, mitigations, and solutions. 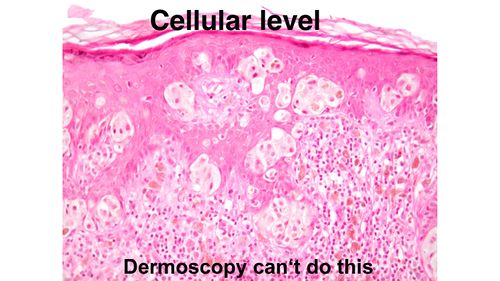 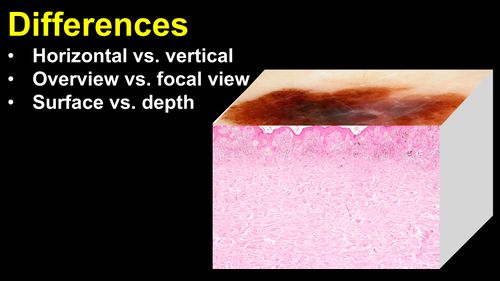