User=
Dotted vesselstiny pinpoint vessels appear as small red dots with a diameter of 0.01–0.02 mm, and they represent vesselsThis glossary term has not yet been described. aligned perpendicular to the skin surface [1]. 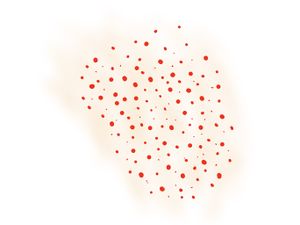 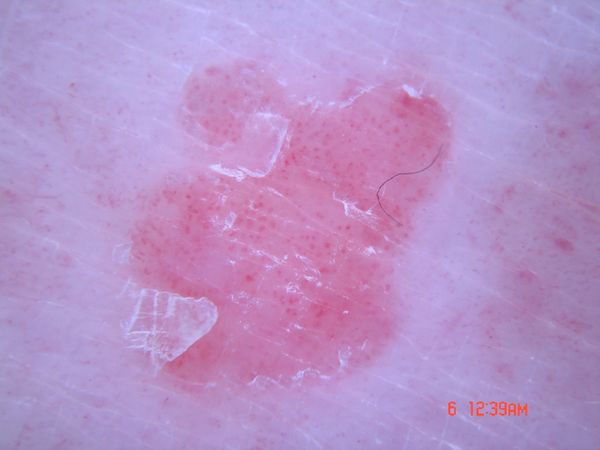 Squamous cell carcinomaThis glossary term has not yet been described. presenting with dotted vessels 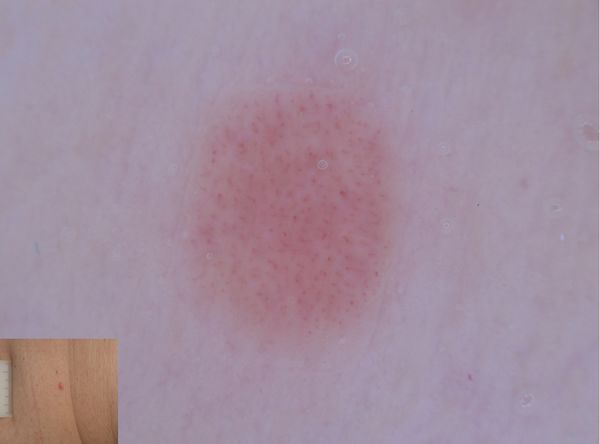 Another more recently described vascular feature is the pattern of follicular red dotsDots are small, round structures of less than 0.1 mm in diameter that have a red color when corresponding to blood vessels; however, when due to melanin, their color ranges from black, brown, to blue-gray depending on the depth and concentration of the melanin in the skin (Tyndall effect)., which have been described in active discoid lupus erythematosusis a chronic skin condition of sores with inflammation and scarring favouring the face, ears, and scalp and at times on other body areas. These lesions develop as a red, inflamed patch with a scaling and crusty appearance. The centre areas may appear lighter in colour with a rim darker than the normal skin.. The follicular red dots are seen surrounding the hair follicle openingsThis glossary term has not yet been described. and consist of regularly distributed, concentric reddish dots in a region of alopecia. This may represent dilation of blood vesselsare the part of the circulatory system, and microcirculation, that transports blood throughout the human bodyThis glossary term has not yet been described. with extravasation of red blood cells surrounding the widened infundibula.

ReferencesThis is material contained in a footnote or bibliography holding further information.
Retrieved from "https://dermoscopedia.org/w/index.php?title=Dotted_vessels&oldid=16710"
Category: