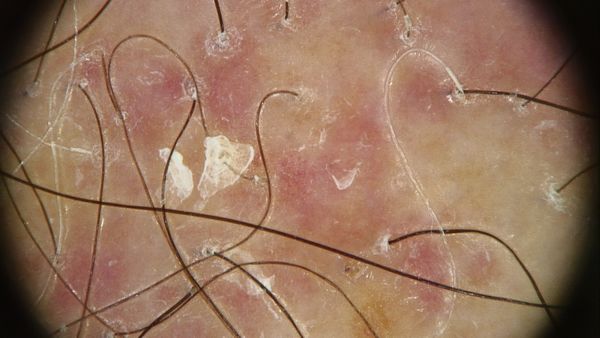 TrichoscopyThis glossary term has not yet been described. of lichen planopilaris with presence of perifollicular, white scaling and milky-red areas with absence of follicular openings.