OnychomatricomaThis glossary term has not yet been described. exhibits the same dermoscopic features as squamous cell carcinomaThis glossary term has not yet been described. but with less architectural disorder and more symmetry, and its demarcation from normal uninvolved nail is sharply delineated. Examination of the free edge of the nail plate can reveal the characteristic punctuations of onychomatricoma. However, in our view, dermoscopic differential diagnosisis the identification of the nature and cause of a certain phenomenon. Diagnosis is used in many different disciplines with variations in the use of logic, analytics, and experience to determine "cause and effect". In systems engineering and computer science, it is typically used to determine the causes of symptoms, mitigations, and solutions between onychomatricoma and squamous cell carcinoma (and onychopapillomaThis glossary term has not yet been described.) remains difficultneeding much effort or skill to accomplish[1]. 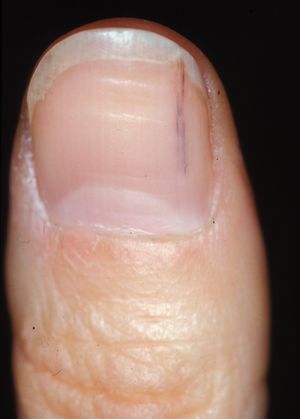 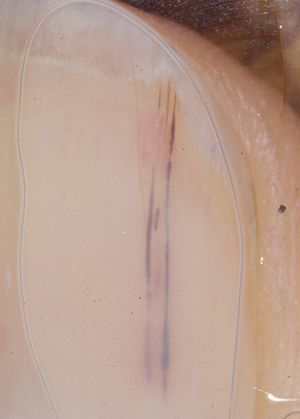 ReferencesThis is material contained in a footnote or bibliography holding further information.
Retrieved from "https://dermoscopedia.org/w/index.php?title=Onychomaticoma&oldid=13970"
Category: