Sebaceous hyperplasiaThis glossary term has not yet been described. is a common and benign condition typically observed as single or multiple yellowish, soft, small papules commonly occurring on the forehead, cheeks and nose of middle aged adults or elderly people.

DermoscopyThe examination of [skin lesions] with a 'dermatoscope'. This traditionally consists of a magnifier (typically x10), a non-polarised light source, a transparent plate and a liquid medium between the instrument and the skin, and allows inspection of skin lesions unobstructed by skin surface reflections. Modern dermatoscopes dispense with the use of liquid medium and instead use polarised light to cancel out skin surface reflections. criteriameasure of how well one variable or set of variables predicts an outcome 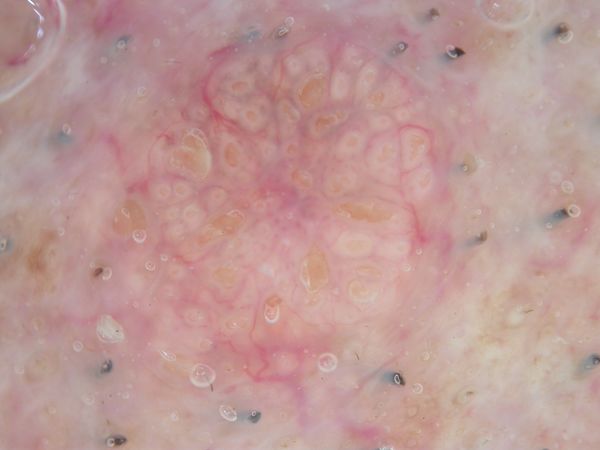