The ABCDThis glossary term has not yet been described. rule of dermoscopyThe examination of [skin lesions] with a 'dermatoscope'. This traditionally consists of a magnifier (typically x10), a non-polarised light source, a transparent plate and a liquid medium between the instrument and the skin, and allows inspection of skin lesions unobstructed by skin surface reflections. Modern dermatoscopes dispense with the use of liquid medium and instead use polarised light to cancel out skin surface reflections. was the first dermoscopy algorithmIn mathematics and computer science, an algorithm (Listeni/ˈælɡərɪðəm/ AL-gə-ri-dhəm) is a self-contained sequence of actions to be performed. Algorithms can perform calculation, data processing and automated reasoning tasks. created to helpRefers to giving assistance or support to others for mutual benefit differentiate benign from malignant melanocyticThis glossary term has not yet been described. tumors. This algorithm, which was described by Stolz, was developed to quantitatively address the crucial question in dermoscopy of whether a melanocytic skin lesion under investigation is benignis any condition that is harmless in the long run, suspicious (borderline), or malignantThis glossary term has not yet been described.. Based only on four dermatoscopic criteriameasure of how well one variable or set of variables predicts an outcome this method is relatively easy to learn and apply. The ABCD dermoscopy method has been extensively studied and it has been shown that it improves the diagnostic performance of clinicians evaluating pigmented skin lesions. It is the opinion of some that this method may be particularly well suited for clinicians with limited dermoscopy experience. The criteria that combine to create the ABCD rule of dermoscopy are asymmetry, border, colorColor (American English) or colour (Commonwealth English) is the characteristic of human visual perception described through color categories, with names such as red, yellow, purple, or blue., and differential structuresThis glossary term has not yet been described.. To utilize these criteria, a scoring system was developed to calculate the total dermoscopy score (TDS) using a linear equation. With this TDS, a grading of lesions is possible with respect to the probability that the lesions under investigation are malignant. 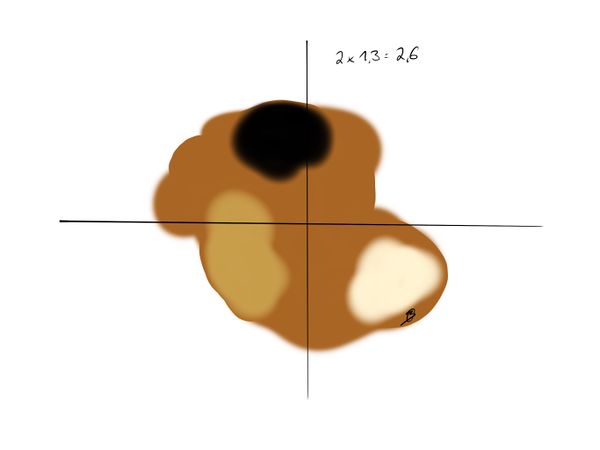 The evaluation of the border score is predicated upon whether there is a sharp, abrupt cutoff of pigment pattern at the periphery of the lesion or a gradual, indistinct cutoff. For the purpose of analysis, the lesions are divided into eight. The maximum border score of eight is given when the entire border (i.e., all eight segments) of the lesion reveal a sharp cutoff. If the border of the lesion in all eight quadrants has an indistinct cutoff then the minimum score of 0 is given. Minimum is 0 maximum is 8 and the factor 0,1 in order to obtain the total ABCD score. 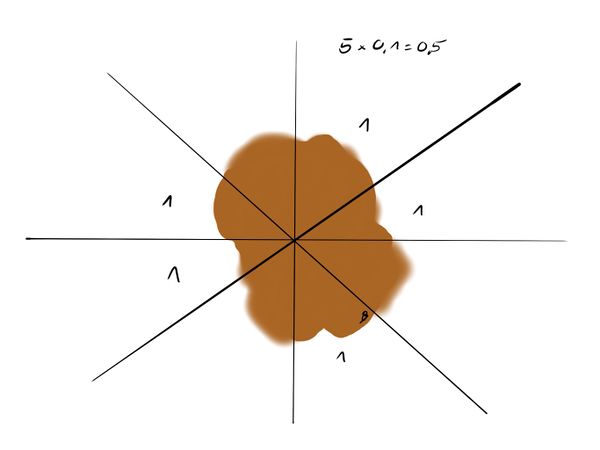 ColorColor (American English) or colour (Commonwealth English) is the characteristic of human visual perception described through color categories, with names such as red, yellow, purple, or blue.

In determining the color score, the following six colors are considered important. The presence of each color counts a 1 pointThis glossary term has not yet been described. and the factor is 0.5 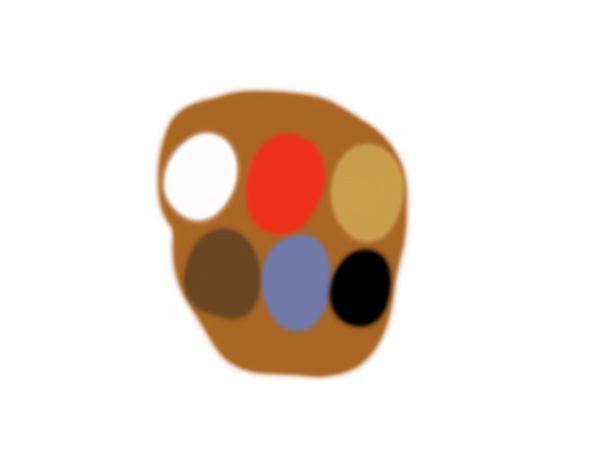 Four colors correspond with melanin distribution (i.e., light and dark brown reflect melanin localized mainly in the epidermis and/or superficialThis glossary term has not yet been described. dermis, black represents melanin in the upper granular layer or stratum corneum or all layers of the epidermis, and blue-gray corresponds with melanin in the papillary dermis). White color corresponds with areas of regression and red color reflects the degree of inflammationThis glossary term has not yet been described. or neovascularization. The color white is considered to be present only if the area in question is lighter (whiter) in color than the adjacent color of normal skinThis glossary term has not yet been described.. The values for the color score range from 1 to 6. As was the case with asymmetry, the dermoscope reveals a wider range of colors than can be seen with the naked eye.

Dermoscopic structuresThis glossary term has not yet been described.

For evaluation of dermoscopic (also known as differential) structures, five main features are considered. For the presence of each structure a value of 1 is attributed. The multiplication factor is 0,5 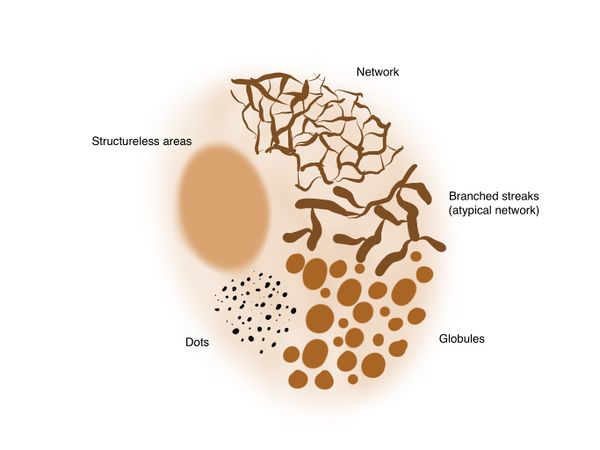 An accurate distinction between benign and malignant melanocytic lesions can be made if the individual scores of asymmetry, border, color, and dermoscopic structures (the components of the ABCD rule of dermoscopy) are multiplied by the coefficients 1.3, 0.1, 0.5, and 0.5, respectively, yielding a TDS.

ExceptionsThis glossary term has not yet been described.